CHRONICLES ZINE issue #1
steinar.selsto@gmail.com
It turns out that black metal is not Norway’s last distinguished contribution to heavy metal. There are also fanzines such as this one I am inspired to review at this moment. According to editor Steinar Selsto the first issue of Chronicles is intended as a tribute to every underground zine that came before it, such as Brain Damage and Mega Mag (these are quoted here in addition to several others). Selsto points out all zines, regardless of their quality, help underground metal in one way or another, paying homage in particular to those zines that provided him substance over style over the years. This is a paper printed zine with hand drawn art and fliers, without the slick layout of the more prominent publications of the 2000s. Deliberately, steadfastly old school, Chronicles is arranged by Selsto to emphasize his fervor for bands and zine editors whose drive is to support the cutting edge. You won’t find reviews in this issue but the interviews are thorough and comprehensive, paying close attention to their content so readers get something more than repetitive fluff stating the bands are cool and bound to be signed, et cetera. Chronicles is up my alley for those reasons and more zines like this need to circulate. In many ways it reminds me of the first print issue of Autoeroticasphyxium that was released in 1997; the methods employed to compile this issue are quite similar now that I consider it. The first issue of AEA was not Brave Words & Bloody Knuckles by a long shot but it did get noticed by quite a few people, and it’s still here almost two decades later. Getting back to the debut issue of Chronicles, the bands interviewed are Ares Kingdom, Pentagram, Patrons Of The Rotting Gate, Blood Mortized, Sol Negro and Audiopain. Chronicles has received a great deal of webzine praise due to its attitude and purpose, which proves there will always be someone who chooses the classic approach to zine publishing to the supposed “modernization” of extreme music. -Dave Wolff
Dave Wolff at 5:26 PM No comments:
Share 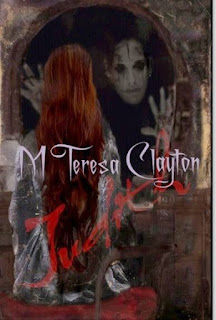 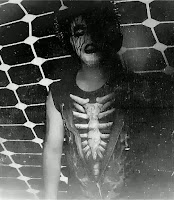