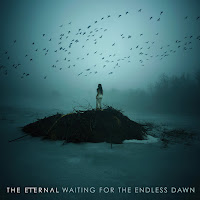 Interview with Stilgar of XENOGLOSSY PRODUCTIONS by Dave Wolff

Interview with Stilgar of Xenoglossy Productions