Interview with Brandon Kellum of AMERICAN STANDARDS by Dave Wolff 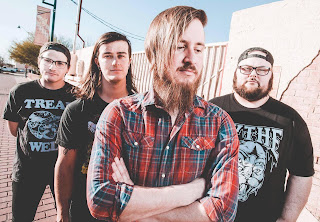 Is the band planning to compose material for a new full length in the near future? If so how much more experimentation will you explore trying out new methods of songwriting?
We are. Since we had such a big gap between Hungry Hands and Anti-Melody, we were really excited to get this album out so we can start writing for what’s next. Hopefully we’ll push some boundaries with that. 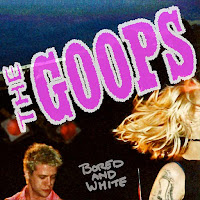 UPDATE: I just discovered The Goops contributed a song to Kevin Smith/s movie Mallrats and were spoofed on Beavis and Butthead. What a small world we live in. -DW
Posted by Dave Wolff at 11:02 PM No comments:

JAIME REGADAS
Sigismunda Mourns (The Desolate Heart)
Release date: November 26, 2017
It was just last month when I reviewed Jamie Regadas’ EP The Old Room and his new single was released just today. I liked the title immediately; it sounded like something Cradle Of Filth or Theatre Of Tragedy would have written (which should be considered a high compliment as their lyrics have always been above the grade). And the cover art has the same impressions of gothic horror you’d find in the underground (Sigismunda Mourning Over the Heart of Guiscardo by William Hogarth who is also the artist behind A Rake’s Progress). Sudden bursts of inspiration like choosing classic paintings to represent your work are a nice touch but you need ability to back up a statement as bold as that. This song fortunately shows that potential. Furthermore this is not to be confused with black or goth metal as Regadas’ influences are from elsewhere. As my review of The Old Room indicated his influences include classic and psychedelic rock like Frank Zappa and Pink Floyd. Here he draws from progressive rock like Yes and Rush, especially in the keyboards. The production tends to sound thin but the variances in the keyboards sound becoming of the current season and the coming of winter. There are hints of Ray Manzarek (Doors) sound wise; obviously a great deal of planning went into the arrangements and multi layered atmospheres. Luckily those are incorporated without hints of mechanical preparation as if Regadas was making an overdone effort to be contrastive. While I don’t think it was intentional, there were some moments that reminded me of symphonic metal; this makes sense as many similar roots are shared by that genre. If anything this proves musical expression can cross over instinctively, and it can be done in an honest manner that’s not conspicuously exaggerated. I’ve made this point consistently but it fits here as much as it did then. -Dave Wolff

Interview with Efes of FS PROJEKT by Dave Wolff 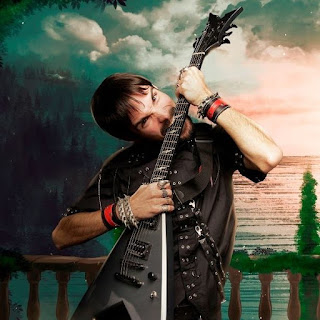 How actively will you seek new musicians to collaborate with once your new release is out?
Well, it's not like a have a specific goal of seeking out new musicians for every one of my releases. The decision-making process in this respect is pretty simple and goes as follows: there's a song; at a certain point during composing or arranging it, I understand that I'd like something different here in terms of vocals or percussion (since I track all guitars and bass myself, there's no point in inviting guest guitarists or bassists); then I fool around with the idea, to narrow it down to exactly what I want it to be, e.g. what kind of voice and vocal delivery I want for this particular verse; once the idea is crystallized, I look at the professional musical community and find the person who's right for the job (having checked out his portfolio, of course). From then on it's just a matter of negotiating terms, fees and other conditions. So, you see, I'm not inviting new musicians simply for the sake of inviting them or to show off, or whatever. It's the music itself that "tells" me when I need to hire somebody new, and when I don't.
-Dave Wolff
Posted by Dave Wolff at 10:15 PM No comments:

Bokeh
Drama
Release date: February 3, 2017
Companies involved: Zealous Pictures (presents), Vintage Pictures (in association with), Verge Pictures (in association with)
Directors: Geoffrey Orthwein and Andrew Sullivan
Starring: Maika Monroe, Matt O’ Leary, Arnar Jónsson
Plot: On a romantic getaway to Iceland, a young American couple wake up one morning to discover every person on earth has disappeared. The struggle and its toll, the knowledge of the why and other questions await…
Review: I must say that overall it was a great movie for its genre, the characters were fleshed out really well and I liked the realism of their outlook on the whole situation, also I liked the sense of comedy they kept in the beginning of the movie and to about halfway through. In general the movie it’s what I could consider something I’d enjoy re-watching maybe two more times, since sometimes a thing or twois missing when it comes to these kind of movies. All in all I’d recommend it to anyone who’d like to see realism and humor in a post-apocalyptic world. -Sophia Cynthia Cabral