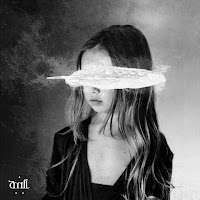 Band: All My Faith Lost…
Country: Italy
Genre: Ethereal darkwave
Full Length: Untitled
Format: Digital album, limited edition digisleeve CD (500 copies), standard edition double LP (200 copies), special edition double LP (100 copies)
Label: Cyclic Law
Release date: March 9, 2021
Continuing what was begun by Pink Floyd, The Doors and Lou Reed, All My Faith Lost… bring sonic darkness closer to home than you’d have expected. While they started releasing material in the mid-2000s I’m taking a seat in the middle of the production so to speak. Their third full length “Untitled” is built on the dark ethereal qualities of their past releases and the inspiration they got from personal experiences and surrealist paintings by João Ruas, Tara McPherson, Nicoletta Ceccoli and Ray Caesar. None of these are artists I’ve heard of, and I’m unfamiliar with the European Surrealist movement of the years between world wars I and II. But “Untitled” is making me curious to read about the artists who contributed to this era. Like gothic music and extreme metal, surrealist art defied reason by combining dream images with the rational world; this was a response to European rationalism that was a factor in the causes of the first world war. And like goth and metal, its purpose was to create positive expression by reflecting destructive attitudes and what can result from them. All My Faith Lost personifies this in their music and lyrics, citing the poetic connections between love, sex and death, spirituality, the disconnection of humanity from nature and Greek tragedy. Guitars, piano and string instruments paint a three-dimensional musical tapestry striking you as empty, forlorn and profoundly beautiful, representing goth and darkwave with a minimal addition for synths and other electronic instruments. This makes for an organic quality that re-establishes the connection with mankind and nature, taking you back through the centuries to a time when humans took nothing more than they needed from earth, and expressed their alienation from the world around them in a poignant manner that encourages you to dream and remember simpler times. “Untitled” is recommended listening even if you don’t normally listen to goth or darkwave; you need to experience how the tapestry comes to life. –Dave Wolff
Lineup:
Viola Roccagli: vocals, piano, synths, flute
Federico Salvador: vocals, guitars, synths
Angelo Roccagli: guitars, bass guitar
Fabio Polo: violins
Alice Micol Moro: cello on “White Thread”, “The Ice Princess” and “Nymphs IV”
Chiara Tricarico: vocals on “White Thread”
Marco I. Benevento: vocals on “White Thread”
Fabio Polo: violin arrangements
Alice Micol Moro cello arrangements
Track list:
1. Violent Dreams II
2. We All Die Sometimes
3. Nymphs IV
4. The Ice Princess
5. Keeping Time
6. The Inconvenience Of Spirits
7. White Thread
8. Awakening The Moon
9. Flood
10. Cassandra
11. The Night Is Calm
Posted by Dave Wolff at 10:51 PM