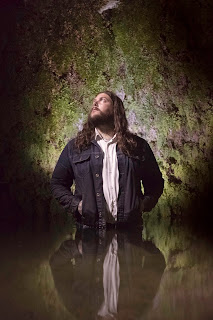 AMIGO THE DEVIL
Everything Is Fine
Regime Music Group
Place of origin: Spicewood, Texas, USA
Genre: Folk, rock, metal
Available online at Benchmark Merchandising
Release date: October 19, 2018
With Amigo The Devil’s new full length Everything Is Fine we have an artist whose perception of folk, country, rock and metal is far removed from expectations of how artists should branch out, delivered with honesty akin to a wound that is reopened time and again, never given a chance to heal. Reopened so frequently the wound becomes part of you, rawness and all. My first exposure to Everything Is Fine was the first cut Cocaine And Abel. It was a profound and poignant song but I had no idea there was much more to the album than it let on. If you thought folk music was self-contained you’d do well to listen to it. Danny Kiranos the sole member of Amigo The Devil dives deeply into regret and remorse, returning with a series of tracks communicating the sense of isolation and lack of light, and the feeling that others are dwelling in similar realms. These are so deep-seated that most would think they’re too intense to talk about even with close friends and family. Kiranos acknowledges the doubt and depression resulting from traumatic experiences are the worst threat to human beings, but the point is not to remain there but to eventually climb out of it and become stronger in the process. The imagery written into the lyrics personify the darkest aspects of the human condition, often providing something disturbing to assimilate. This and the musical arrangements of each cut blow purism out of the water when it comes to all the influences Kiranos incorporates into this album. The tracks fluctuate from folk to rock to metal to country in such a way that there is a schizophrenic quality to the mix. The added black humor gives the material an edge that in some ways makes the depression more bearable. Ross Robinson who has produced albums by Korn and Glassjaw was meticulous in capturing all the sentiments Kiranos wanted the listener to feel while recording Everything Is Fine at a studio with equipment that hasn’t been modernized since the 1970s. Valentine Studios was crucial in keeping the organic quality of Kiranos’ musicianship, down to the acoustic squeaks the strings make when he changes chords on the guitar. This was a good move as recording with “modern” equipment would have made the songs too polished and less human. Recording with equipment left over from the 70s seemed most fitting for the album. -Dave Wolff