Single Review: OTTO KINZEL "I Bleed For You" (Independent) by Sarah McKellar 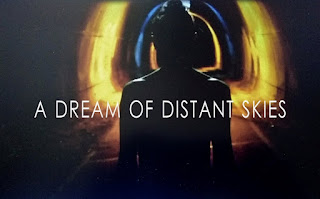 Artist: Otto Kinzel
Location: Manchester, New Hampshire
Country: USA
Genre: Industrial, experimental
Single: I Bleed For You
Format: Digital
Label: Independent
Release date: January 16, 2020
Originally written to be a part of the short film “A Dream Of Distant Skies”
Otto Kinzel has been a figurehead in the New England music scene for 2 decades-as a musician and many other diverse roles. Kinzel’s solo projects have been self-described as ambient, stoner doom rock and certainly live up to their description. “I Bleed For You” is his 2019 solo release, inspired by the murder of Katrina Holmer in Boston. An ambient and stoner rock feel introduces the song with a slightly mournful intensity which contrasts really well with the stoner groove guitars. Consistently strong, clean vocals at the start of this track add a really emotive touch, so that when the intense screaming vocals kick in- it adds a complete shift to a mournful and regretful musical tone. Unquestionably well-written lyrics add an emotive and mournful aspect to “I Bleed For You” which when combined with Kinzel’s vocals are both hard-hitting and ambient in their musical approach. “I Bleed For You” is the first of Otto Kinzel’s solo releases and displays yet another aspect in which he is more than technically sound and highly proficient in. I am genuinely looking forward to seeing which direction musically he continues in. -Sarah McKellar