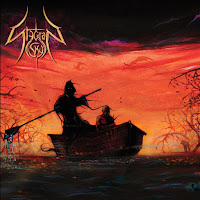 Band: STYGIAN SKY
Location: Cape Breton, Nova Scotia
Country: Canada
Genre: Death/thrash/progressive metal
Demo: Stygian Sky
Label: Independent
Format: Digital, streaming
Release date: November 1, 2008
Recently I was privileged enough to catch heavy metal legends Anvil live in concert. Along with Anvil, the band Stygian Sky was the opening act for the night. Both bands were absolutely phenomenal live, and after the concert, I spent some time listening to releases from both acts. Anvil is an amazing band, but Stygian Sky is much closer to my personal taste in music, so I have decided to give their 2008 demo a review. This demo includes four vicious tracks. The songs held within are titled ''Here I Stand'', ''Over My Dead Body'', ''Such Prominent Endeavors'', and ''Tides of Consciousness''. Pulverizing vocals and heart-stopping bass meshes with pummeling drums and heavy yet very intricate guitar work. One thing that deserves a mention is that this demo reminds me of early releases from the well-known death metal band Death. These guys are a local band from my island (Cape Breton, Nova Scotia) but they push forward with an onslaught of metal fury that could stand along with any of the better known acts from Canada... or the rest of the world. I sat back for a bit and tried to decide what my favorite track on this demo is, but I honestly cannot pick one. Each track is ''more than awesome'' and is for sure worthy of a listen! Just like their live performances, this demo makes me proud to be a Cape Bretoner and I suggest that anyone and everyone far and wide checks this demo out for themselves. Brutally heavy and as tight as thieves, this demo is without question one of the best metal releases put out within the cape. Totally sick! 10/10 -Devin Joseph Meaney

Track list:
1. Here I Stand
2. Over My Dead Body
3. Such Prominent Endeavors
4. Tides of Consciousness