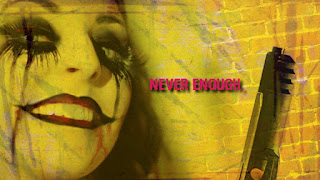 Band: Roxin’ Palace
Country: Italy
Genre: Glam/sleaze metal
Single: Neighborhood Stars
From their second full length “Freaks of Society” (Sleazy Rider Records)
Format: Streaming, video
Release date: November 15, 2016
“Neighborhood Stars” is very refreshing as it takes me back to a blast to the past with the mid to late 1980s that has those kickin’ guitar riffs- the kind of riffs that invoke the feeling of the band Ratt from back in the day.
Al the lead singer has an awesome and seasoned singing voice. Easy on the ears and it is very easy to make out most of the words that he sings. Crown, the lead guitar player is rippin’ it up with those riffs he does; he’s certainly no novice to playing! Hell, the drummer, is very good at keepin’ it lively and at times making ya wanna bang your head to the tune.
The lyrics to the song need improvement but the words “We might fall along our way but we choose to wager our lives” does strike a chord on many levels that I’m sure everyone can relate to because it is a reminder that no matter how hard times are, we must get up, brush off the dust and keep on trying because nothing in life comes easy and that we have to really stop to consider our choices in life.
The video to this song is sorely lacking and frankly the only thing it really does provide are the lyrics to the song. It sports a “goth” person holding some type of firearm, fades to a yellow brick wall that then has some green goo. It does not show any of the band members performing. I am in hopes that the band will do a (official) true video of the song. At least one thing is certain with this video, those who watch it can learn the lyrics.
The band signed a deal with Sleazy Rider Records and their second album “Freaks of Society” was released November 8, 2016, though the “official video” was released on Youtube on November 15, 2016. -Roberta Jean Downing
Lineup:
Al: Vocals
Crown: Guitar
Gian Roxx: Bass
Hell: Drums
Posted by Dave Wolff at 8:11 AM