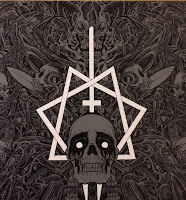 VARIOUS ARTISTS
Morbid Tales! A Tribute To Celtic Frost
Corpse Flower Records
Release Date: November 13, 2015
I heard of this compilation purely by coincidence when surfing Facebook to Evoken’s (USA) community page. Although Corpse Flower Records released it back in 2015, I was struck by a sudden and immediate urge to check it out. Besides that indie tribute compilations intrigued me since the nineties, Celtic Frost was among my favorite thrash-era bands and remain so. Despite the financial pitfalls that befell them and eventually led to their disbanding, their influence on extreme metal is undeniable. From Winter to Mortician to Obituary to Dark Throne to the musicians citing them today, Celtic Frost helped shape extreme/underground metal as we know it. I would even say their influence compares with Slayer and Metallica, on a cult level rather than mainstream. Morbid Tales! A Tribute To Celtic Frost is a fitting homage to the Switzerland band’s innovator status. My only complaint is its official release is comprised of eight songs, too brief for me after hearing longer compilations (In Memory of Celtic Frost from 1996, the 1998 Iron Maiden tribute A Call To Irons and Curse of the Demon: A Tribute to Mercyful Fate from 1996 come to mind). More bands should have been hit up to contribute, but the diversity of covered classics compensates for the duration and no subgenre of metal overshadows any other. Each song was recorded exclusively for this release, and a couple of bonus tracks have been added for good measure. The song Evoken covers for MTATTCF is Dawn Of Megiddo, and easily my personal favorite. I’ve been listening to Evoken for many years and To Mega Therion was the first time Celtic Frost showed an ability to magnify their symphonious unorthodoxy. Evoken’s treatment expands the original’s atmosphere and sense of premonition. While the original presents the narrative, Evoken’s version makes you feel you’re an actual character. Black Anvil’s rendition of Dethroned Emperor is a candidate for second favorite, for its heaviness and smooth production allowing for a close likeness to the Morbid Tales version. More second favorite candidates are Municipal Waste’s cover of Nocturnal Fear, Coffin’s Slave’s cover of The Reaper (originally by Hellhammer), Temple of Void’s cover of Os Abysmi Vel Daath and Child Bite’s cover of The Usurper. The “white power” controversy surrounding Phil Anselmo aside, he displays keenness and fervor covering it. Cherry Orchards from the disappointment that was Cold Lake is actually given a better treatment by Acid Witch, who make the song sound grittier and much more appealing. Hayward gives Jewel Throne a kind of industrial sound that I found interesting. I should add that Corpse Flower Records has also released a printed companion to this release, an illustrated book with artwork, comics and humor by Justin Bartlett, Jason McGregor, Bruno Guerreiro and many more. The label also has new releases out from Thoughts Of Ionesco, Slow Death and Nightkin. -Dave Wolff