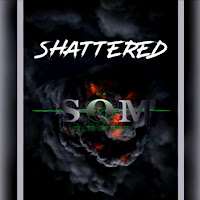 Band: State Of Mind
Location: Beaumont, Texas
Country: USA
Genre: Rock, metal
Single: Shattered
Format: Digital, promotional video
Taken from their upcoming second full length
Label: Misanthropik Records Promotion
Release date: October 2021
Another single review to talk about today and this time it’s the returning band ‘State Of Mind’.
Now for those who don’t know I use to operate all my reviews from a Facebook group called the same name as this and this was one of the first bands I reviewed that got some decent attention and for well deserved reasons, they are a solid band with some interesting old school sounds behind them and this single is no exception.
What you have here is a country rock style single with some heavy handed guitar patterns and thumping drum sequences that give this ‘hypnotic’ rhythm effect that makes you think you could listen to that production for hours on end.
The vocal harmonies have this real southern ‘bite’ to them which is perfectly layered with the gritty, country flavour produced in the instrumentation and across the 5 minute time span they do a great job at maintaining focus, entertainment and creativity which is a plus in my book!
Definitely give this track a shot if you’re more a fan of those ‘country’ sounds, go get you some of that badass cowboy shit! –Corban Skipwith
Lineup:
John Ferris: Vocals
Robbie Grossheim: Rhythm/lead guitar
Cook: Lead/rhythm guitar
Robert Culbreath: Bass
Robert Arena: Drums