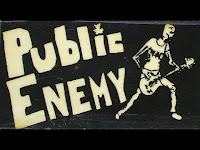 Band: Public Enemy
Location: St. John's, Newfoundland
Country: Canada
Genre: Punk, hardcore
Demo: Public Enemy
Format: Cassette
Label: Independent
Release date: 1986
Recently, my music interests have really shifted. I am known to listen to grindcore, goregrind, metal, punk, and all forms of underground harshness, but in the last few months I have been listening to a lot of hip-hop, dubstep, and 50s and 60s music…strange, eh? With that being said, I decided it was time for something with a bit of oomph and overdrive, so I loaded up Youtube to see what I could find. Almost instantly I came to Public Enemy, an underground punk-rock band from Newfoundland. In particular, I found their 1986 demo tape!
It says on the Youtube bio that the hip-hop group of the same name came out earlier, but did not release anything until 1987. Either way, I am very glad I have found this demo, as it has proven to be a nice little blast of lo-fidelity abrasiveness.
The first thing that I can say is that these guys really remind me of Tesco-Vee and the Meatmen. Which makes a lot of sense, as they were both active around the same time. On that topic, you should really check out Tesco as well if you have not heard of him. He is an absolute punk-rock legend…and his music highlights everything that was good and promising from that era. Anyway…back on the topic of Public Enemy.
Featuring eight shorts tracks in under 15 minutes, this demo manages to bang through an onslaught of audio carnage that would leave most main-stream listeners shaking their heads in disbelief. And the final track, a cover of “House of the Rising Sun”, is actually pretty catchy!
Much the same as a lot of punk demos I listen to, I find it hard to choose a favorite track. Each one is of pretty much the same quality…and there is not a single song I do not like. Tesco would be proud of these guys. And hey…maybe he has heard of them?
To put an end to this brief review, I will just suggest checking it out for yourself. And if you don’t like it…well, it’s under 15 minutes, right? Check this pile! –Devin Joseph Meaney
Track list:
1. Youth Crusaderz
2. What Cops Say
3. What's Love Do For Ya
4. No Escape
5. Guilty
6. Get Out
7. I Hate Your Life
8. House Of The Rising Sun
This review can also be read at Corban Skipwith's Facebook group Relentless Reviews with Corbz. -DW
Posted by Dave Wolff at 9:03 AM No comments: 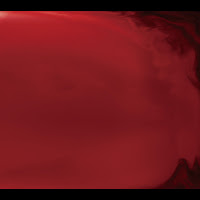 Band: Kandarivas
Location: Chiyoda City
Country: Japan
Genre: Japanese tribal, Experimental grindcore
Full Length: Blood Surgical Death
Format: Digital album, compact disc
Label: Obliteration Records (Japan)
Release date: May 21, 2021
You know what time it is, we are BACK with a Bandcamp review and this time we are visiting ‘The Land Of The Rising Son’ with
-BLOOD SURGICAL DEATH by Kandarivas
So, hear me out here. What goes through your head when you think of Japanese Metal? Have you dabbled in it before? For me even though the nature of my work has been exploring many different sounds and styles from around the world, I feel ‘Dabble’ is the perfect description for my knowledge of Japanese Metal.
I have listened to music from them in the past (before my reviews) and found an interesting 2 way style with them, with my limited experience I’ve found your either going to get the -Glossy, motivational, pumped up anime inspired music (which is DOPE by the way)
-Or absolutely insane, loud and abrasive and I feel this album fits more towards the latter.
We have 13 new tracks at our disposal and all featuring various time lengths from some that aren’t even 30 seconds long and some surpassing the 3 minute mark.
Regardless, this album is an interesting take on the realms of Death Metal and Grindcore with that talked above ‘loud and abrasive’ nature coming through in spades. Firstly I want to say I love the intensity of the project, it feels like a sonic equivalent of a dynamite explosion in your ears, constant bangs and booms of the guitar and drums shredding your consciousness away into nothingness while the vocal work is the closest thing to berserk I’ve heard all year.
That’s the interesting thing about this album is the fact that it’s labelled an ‘experimental’ album but quite honestly the only thing experimental about it (in my opinion) was the insane use of vocal performances and how off ball and crazy they were and even then the real climax of the craziness doesn’t come until the latter half of the record.
This criticism is not to take anything away from the power and brutality this record brings naturally to the table it’s just a personal observation as if the band wanted to tribute a band like ‘Hantarash’ in the final act of the record and if they were that’s a dope way to go about it!
Look, 13 tracks of pure, unadulterated madness. Who wouldn’t want to give this thing a try? In fact the link is down below, what are you waiting for? A Blood Surgical Death to happen?
LISTEN NOW! –Corban Skipwith
Lineup:
Tomoki: All songs and lyrics
Track list:
1. 暴露-bakuro
2. 加速する病勢-kasoku suru byosei
3. ナノの増殖ミクロの繁殖-nano no zoshoku micro no hanshoku
4. 滲み出て滴る-shimidete shitataru
5. 生と死の臭い-sei to shi no nioi
6. ぐちゃぐちゃの唄-gucha gucha no uta
7. 骨髄脆弱-kotsuzui zeijyaku
8. 骨破壊浸潤(顔を出す癌腫)-kotsuhakai shinjun（kao dasu ganshu
9. 断端瘻-dantanro
10. 僕の血痕-boku no kekkon
11. 薄れゆく記憶と脳の溝-usureyuku kioku to no no mizo
12. 静まる生命-shizumaru seimei
13. 死体袋 shitai bukuro
This review can also be read at Corban Skipwith's Facebook group Relentless Reviews with Corbz. -DW
Posted by Dave Wolff at 2:49 AM No comments: 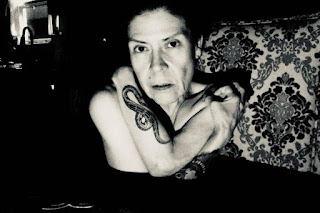 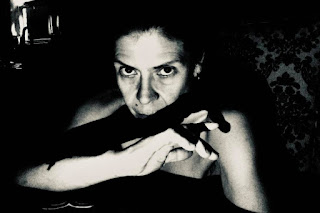