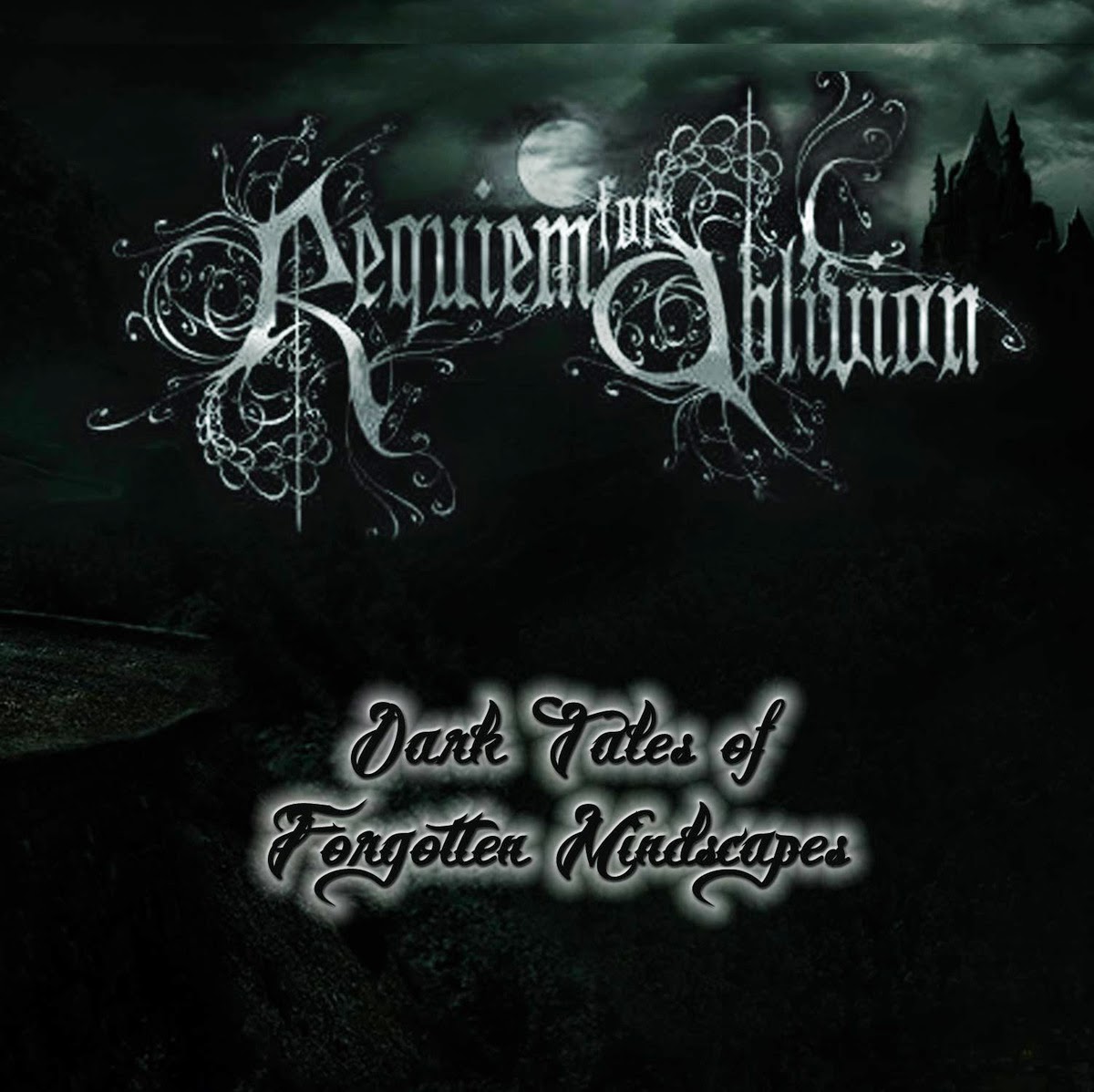 REQUIEM FOR OBLIVION
Dark Tales Of Forgotten Mindscapes
Cedar Closet
To say Requiem For Oblivion is progressive extreme metal is an understatement. I suspect if I discussed all the progressive aspects of this band in detail, this review would be full article length and I’d still have more to say. At times they sound influenced by death metal; other times black metal, classic metal, Celtic metal, thrash, metalcore and classic rock comes to mind (Iron Maiden, Voivod, Immortal, My Dying Bride, Primordial, Pink Floyd and Black Sabbath to name specific similarities), but even this can over-simplify matters. The pure thought channeled into this undertaking is far deeper, and another branching out has occurred in a musical field that’s already so diverse there are as many categories as there are bands nowadays. But again, categories don’t paint the complete picture if you don’t go into what makes a band stand out from all the others. If this band seems to be covering too much ground, the complexity isn’t much different from that of the human condition this album reflects. When a band cares enough to make this point, it warrants looking into their formula deeply if you’re prepared to face what awaits within. This concept album is a personalized tale, much like a metal opera, based on a founding member’s bout with addiction and depression, as stated on the band’s Bandcamp profile. From the sound of it, it was a lengthy and drawn out process to overcome and heal. It also must have been personal since the complete lyrics are not included with each track. Only a couple of lines present a taste of the lyrics penned for these songs, but they are written in an imaginative and poetic fashion. This writing style offers dimension to the musical range described above, making the songs with all their differing influences sound like the soundtrack to this personal journey. This is their first full-length and their third release after they released two EP’s in 2011 and 2013. -Dave Wolff