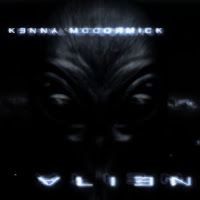 Artist: Kenny McCormick
Location: Meura
Country: Germany
Genre: Progressive metal
Full Length: Alien
Format: Digital album
Label: Independent
Release date: April 4, 2021
Kenny McCormick is a German musician who for four or five years has been perfecting what he calls his “progressive alien space metal”. What do we have here? Another label in an ocean of them? There’s a seemingly infinite amount of them already. What sounds like yet another subgenral classification which will only further complicate the genre as a whole is really the sole means of describing a style fast becoming unique to him. One you can instantly recognize as being his. “Alien” is McCormick’s third full length (following 2018’s “Zenturies” and 2017’s “Event Horizon”) and reaches a near-flawless equilibrium between melodic death metal, progressive metal and progressive rock without a single impression of being a forced crossover or unnecessarily nimble-fingered. The atmosphere, the subtleties in musicianship, the time changes, the occasional dissonant chords and the subtle shades of early grunge and funk are enough to place you into a trance akin to an abduction by an extraterrestrial species. “Alien” is not like something released by Voivod or Sear Bliss but features dark and mysterious qualities in its own right. The Rush/Marillion prog-rock elements of the songs make the album much less rough-edged while contributing to its ambiance. All the songs recorded here are without lyrics or vocals, and this development leaves it to you to decide what epic tale is unfolding, what happens in its course and how (and where) it ultimately concludes. The brief introduction in the first song “Contact” provides a start to the narrative, but interpretation is mostly left open as to what’s next. Whether it turns out like the movie “Alien,” “Close Encounters” or “Independence Day” depends on your imagination. References to several classic sci fi movies seem to be made here, so this can as easily be a synthesis of several of those films. The final track “0100000101001100010010010100010101001110” with its 50s/60s sci fi theme and electronic sounds gives you something of an idea, but is still vague enough to let you decide. There’s even a reference to H.P. Lovecraft giving “Alien” darker, more sinister overtones. McCormick’s style of composing is also such that extended listening may produce an awareness you’re being hypnotized by this album’s overt and indistinct nuances. –Dave Wolff
Track list:
1. Contact
2. Alien
3. Monolith
4. Close Encounters Of The Fifth Kind
5. Paradigm Shift
6. Silent Observer
7. The Shadow Out Of Time
8. Type Omega-Minus
9. Star Atlas
10. Metaphor
11. 0100000101001100010010010100010101001110
Posted by Dave Wolff at 5:34 AM