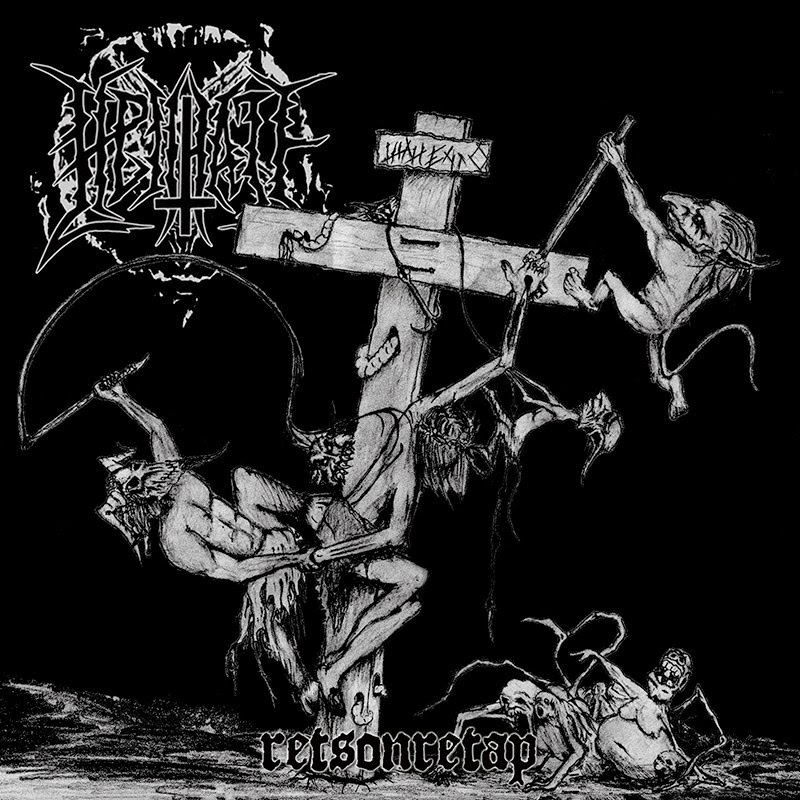 HELLHATE
Retsonretap
Immortal Frost Productions
Hellhate is a three piece black metal band based in the Ukraine. Members include: Ugrum - vocals and guitars, Noxious - bass, Bloodsucker - drums. Retsonretap is their debut ep released on Immortal Frost Productions in 2013. The group began in 2008 as a two person ensemble and added Bloodsucker the drummer later that year. This is a solid performance and a well done recording. Heavy guitar tones and punchy bass lines. Drums are clear and distinct adding a solid platform for the madness they are creating. Vocals are in the standard black metal style. You can hear some low/high duets in the chorus from time to time which I like. The short but well-rounded EP is only fifteen minutes. I ended up listening to it several times to get a good idea of which tracks I enjoyed the most. It was really difficult to choose from because I liked each song. Your Pain Is My Bread has a good change up in the middle that goes from a catchy guitar riff and builds into a fast stomping assault. The title track Retsonretap contains some interesting drum parts that stray from the typical grind blast fills. Up To The Stench captures a good amount of intensity and features several passages that are well-executed. I place this song high on my list. The closing song is "Incense Smells Not Better Than Crap" reminds me of early Samael, Behemoth or Summoning. In conclusion, a great way to debut their capabilities. Each song is composed with good detail and catchy verses. I recommend to all black metal fans to add to their collection. -Frank Garcia