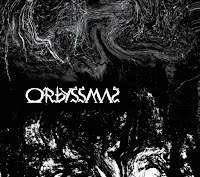 Project: Orbyssmal
Location: Brisbane
Country: Australia
Genre: Experimental black/death metal
Full length: Abstracthorrific
Label: Independent
Format: Digital
Release date: January 31, 2020
I had to listen to Orbyssmal’s debut full length quite a few times before I started to understand the statement he set out to make with it. It’s likely going to take me several more listens before I get it completely, but this album is growing on me. This solo project is part of the extreme metal community in Brisbane, Australia, and the extent to which it is “out there” in comparison to the rest of the scene is much like Necrophagia were to thrash and death metal with 1987’s “Season of the Dead.” I’m also reminded of Nuclear Death when it comes to attitude and unorthodox songwriting; this band was far too cutting edge even for death metal with unsung classics “Bride of Insect,” “Carrion For Worm” and “All Creatures Great and Eaten” from the early 1990s. Orbyssmal gives off a similar semblance of writing guitar progressions and arranging song structure to befuddle the listener as to what his influences are or what sort of extreme metal fan he seeks to appeal to. Recognize I mean this as a compliment as the most eccentric, dissonant and musically unpredictable recordings always held a certain intrigue for me, no matter how concealed or overshadowed they were by more palatable releases. I see how much Orbyssmal is heading in the opposite direction while death and black metal has advanced from being relatively simplistic to highly practiced and sophisticated. Not to say you can expect to find little talent here. It’s difficult to explain but there is tight playing and skilled musicianship, and a great deal of mental agility was needed to arrange the sections of each track the way you hear them. There aren’t many reviews of Orbyssmal t online, and even less information, but the reviews I did manage to find have praise for how much this project contrasts almost everything else, and how much its experimentation makes sense in and of itself. “Abstracthorrific” is streaming on Bandcamp with Orbyssmal’s debut demo, so go have a listen for yourself and see if it grows on you. –Dave Wolff