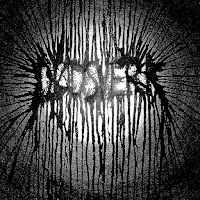 DØDSVERK
Dødsverk
Apocalyptic Empire Records
http://dodsverk.bandcamp.com
I immediately thought about Carpathian Forest. It's a typical black metal band from Norway who's afford a good technique. The main subject is related to death (for example Gjendød which means something like “dead found), but the other tracks reminds me of Carpathian Forest because of the track “in perversions“. It's as disturbing as that band so to speak. "Aldri tilbake" means "neer come back", like the dead never come back too. It's related to Death in a tormented way, quite theatrical. The first song means "the last" (den siste), certainly related to the survivor. So if you pay attention to the whole album, maybe you would understand that it's all about surviving in a hostile world, or maybe after surviving if you are kept captive. I understand a little Norwegian (modern and ancient) thanks to my sojourn in Sweden earlier and all the Scandinavian languages have the same roots. I understand Swedish more than Norwegian. Anyway.
The one entitled "Renselse" is a sort of purification of the soul, the body. Feeling dirty deep inside yourself make you feel so bad that you need to find a way to clean your soul to feel lighter.
The two last tracks sound really like the underground depressive black metal, and fucking dark. The instruments playing slowly in "Motstå Frelse" (could be translated like "resist to salvation”) is like a dark waltz, with tormented vocals. If you are depressed just don't have a listen (lol) but I'm not disappointed at all. It has made my "night" (it’s the night actually) and it's the best moment to write a dark review, especially because this kind of band is inspiring.
Like many others, Norway has a lot to offer musically. I can say they imitate others, but sure they have certainly been influenced by C.F.
Two words will complete this review: tusen takk (like ' thanks a lot’) -Abyss Forgottentomb