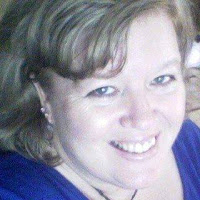 How long have you known Goddess Rosemary and the Temple Of Sahjaza? What are your activities with them in addition to the Academy? When did you first meet Goddess Rosemary?
As you know, much of Sahjaza information is secret. I am High Elder & Priestess, as well as a member of the Sahjaza Council. I write and direct each month's Official Sahjaza Dark Moon Ritual, and am Adra to some of the upcoming members. In the Academy of Gray Mystics, I am the founder, and write and instruct most of the electives, with some written and instructed by Elder Phaedra Sahjaza. Our esteemed Goddess Rosemary even instructs one elective. Anyone is welcome to come and take them with no requirements to join. However, as I said before, anyone interested in Sahjaza has to take them. Goddess and I are Sisters, we've known each other forever. I meet other members when we plan get-togethers, rituals, balls, etc. I met a prospective member in New Orleans last Halloween weekend.
What were your goals when your electives began, and how have those changed since then?
What once began as just a few examples of basic witchery has now become more about choices, personal power, and balance. The general beginner electives are still there for anyone who is new to their path, but we have evolved so that we can also help some who have been walking the Witchcraft Path but maybe need more confidence and kindred spirits.
Where are your Academy electives usually held? How much time does it take to write a single session?
This is a link: http://obsidiansylph.yuku.com. Some take days to write, where some just take hours, depending on the amount of personal knowledge and research that has to go into them. I am more familiar with some subjects than others, and yes, I learn more about each subject as I research and write. There have been a couple I've started and set aside, worked on here and there, but still am not satisfied with, so they remain shelved.


Is the Academy currently exclusive to New York City or have prospective students from out of state contacted it?
The Academy is online, therefore accessible from anywhere as long as you have internet. We are not based in any particular area.
Which subjects are you familiar with and which have you had to learn some more about?
Anything pertaining to Kitchen or Country Witchcraft are the basis for my own path. That includes herbs, crystals, cooking and cleaning with magical intent, candle magic, and so forth. When I had all the electives I could think of that fall into those categories, I realized I would need to educate myself more. In some cases, such as Numerology and Tarot, I took classes before putting together those electives. Things like Dreams, Astral Projection, and Ayurveda, for some examples, I simply typed into a search engine and started taking notes from all I found. If I could find books, I also did that. When I felt like I had a good grasp of the subject, I put it together into something to help others learn.
What classes were you taking on the subjects of Tarot and Numerology? How beneficial were those classes to you?
Well, those were the titles of the classes. They were straightforward and covered each subject very well. They were beneficial and are now a part of my path. No form of Divination is carved in stone, but they are fun to work with to gain insight.
How many students with no prior knowledge of witchcraft have shown interest in attending classes? What can Academy students get from attending?
There have been a few who have always been curious but didn't know how to begin. Mostly, though, the ones I've worked with already were practicing and wanted to learn all they can. Sometimes that is added to an ongoing path, sometimes it helps them decide a path. That depends on where they are along their path. They can get beginner knowledge, guidance for finding Balance and confidence, and a few more advanced choices, with more to come. The elective list is still under construction. Also, a spiritual group with which to talk freely, which many can't do outside of there. So many can't speak of occult beliefs without finding themselves judged, so they find a place to be themselves.
How many contacts have you and the Academy made through Facebook and Twitter?
Oh, so many I could never count. While there are things about Social Media that are not great, for reaching out to any certain community of people it's a marvelous tool.

What are the reasons you consider witchcraft to be a path as opposed to a religion?
Living in the Deep South, I had a choice between Witchcraft and Christianity. It came down to one simple thing: Freedom to be who I want to be and have my Path be whatever I wish to make it. I won't go into all the ways religions control people, but that was a big part of my choice.
In what ways did your personal experiences in the Deep South lead you to choose your path?
I didn't know this growing up, but Hoodoo is tied into the very fabric and culture in the South with homespun recipes and ways for healing. When money was tight and doctors far away or unaffordable, we were still able to heal. There is not a definitive line between what is science and what is folk medicine in the true South, it's just a way of life. I guess it's both complex and simple. Not all the South, mind you. Most are Christian.
Is Hoodoo a significant part of the path you have chosen after growing up in the Deep South?
I discovered that many of the ways I do things got their basis from Hoodoo. For example, in certain spells, where you are required to write and keep it with the working, I use a piece torn from a brown paper bag and write with a pencil. I am particular about that, as it's how I was taught. Also the use of dolls in magic comes from Hoodoo, and I would guess most paths use this method. It's not that I consider myself a Hoodoo practitioner, it's more that I believe bits and pieces of Hoodoo are scattered among most paths, mine included.
Have you done research about the spread of Hoodoo into today’s religious paths?
It makes sense for at least a little bit of Hoodoo to be a part of any path because of its simplicity. Hoodoo is straightfor-ward and easy, all you have to do is gather the right materials, put it all together with your spell, and done. Many don't even realize they are using Hoodoo because parts of it are taught as separate magical workings, such as Candle Magic.
How many recipes have you found online that worked for you when you tried them?
You will think I'm boasting of full of crap, haha, but all of them work. Even something as simple as a sandwich can have sigils or symbols drawn on with mustard, for an example.
What books about Hoodoo would you recommend to readers seeking to know more about it?
Actually, a web site covers Hoodoo and the way I view and use it as well as anything else I've ever read. http://www.luckymojo.com/hoodoo.html. This site is very detailed, and you can click on each line to learn more about each bit.

You said you are a gray witch. Explain what you consider the differences between white, gray and black magic.
In truth, I see no colors in magic, magic just IS. However, since most of the world does, my path is known as a Gray Path. I believe in Balance, and that there is no light without dark. Most think of black as evil and white as good, so they strive for all things love and light. This is unrealistic and sets one up for failure and imbalance. My Path is peaceful, a Gray Witch does not set out to harm. Along with this is the belief that I don't have to turn the other cheek, so to speak, and there is nothing wrong with having my life the way I want it to be.
How does music come into your practices and rituals?
I believe music enriches all walks of life, and a magical life is no different. There is some type of music to fit any spell, working, or ritual. For example, if you need to calm yourself after a stressful day, you might play nature sounds or zen music. To ramp yourself up for a more powerful spell, some hard rock or metal. Dancing can cheer you or put you into a meditative trance, depending on the type of music and speed.
What is your definition of balance, how it can be achieved and how it can be sustained?
Oh, there are many ways, depending on the seeker. Balance is a unique place that we have to continue to strive for every day in every moment in every situation. When you reach that place that you know and like who and what you are, TRULY like yourself, that is Balance. When you are happy with that core of you that is inside you and when you are free to just be you with a good grasp of the fact that you're perfect as you are. You will have ups and downs and will sometimes need to take a step back and do some work on yourself. As for how to achieve it, you have to find a way to go inside yourself and face yourself. Some can do it with a walk in Nature, while some need a quiet place to meditate. It comes in dreams, and in unexpected moments when a thought or feeling hits you. It is a lifelong task. This is the main goal at the Academy. http://obsidiansylph.yuku.com/directory.
How much emphasis does the Academy of Grey Mystics place on balance?
Balance is all-important. Without it you doubt yourself and that affects every aspect of your life, including your ability to work magic.
What do you hope to accomplish with the Academy once it is in full swing?
For those who are new, I hope to give a place they feel comfortable expressing themselves and finding like minds. For the veterans, I hope they will hang around and help me lead others. As for the main focus, that is Balance and Self-worth, because that is what brings true power.
-Dave Wolff
Posted by Dave Wolff at 7:43 PM

Email ThisBlogThis!Share to TwitterShare to FacebookShare to Pinterest
Labels: OCCULT AND PARANORMAL INTERVIEWS