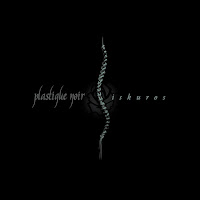 Band: Plastique Noir
Location: Fortaleza
Country: Brazil
Genre: Darkwave, gothic rock
Full Length: Iskuros
Format: Digital album, limited edition CD (300 copies), limited edition red vinyl (200 copies)
Label: Wave Records
Release date: October 18, 2021
You know, today I woke up, decided to clean the kitchen and clean my room a bit and now on the couch sitting with my dog sleeping next to me I decided to listen to this album for review and I gotta say it’s the perfect album to sit down and enjoy.
-“Iskuros” by Plastique Noir
So this is the latest album by the Brazilian band that came out in October of this year which features 10 tracks all up.
While I was listening to this album, all I could think about was how happy I was that the ’DarkWave’ ’Gothic Rock’ style is back in its prime because I honestly haven’t heard an album in that category this good since bands like Joy Division and HIM.
But let me double down on Joy Division because that’s the strongest influence I hear on this album, more specifically their final album ‘Closer’ and the dark, emotional presence that album brought and how the same similarities are seen on this record.
In fact there are certain areas of this record that have a slight ‘Surf Rock’ feel to it with those reverb-heavy guitars in the background like on the song ‘Upper Waves’ which is ironically titled considering my theory but for the most part, you get that real moody, mental and emotional production you would come to expect from the more emo/goth/dark genres of rock and wave.
When you listen to this record you hear the sadness, you hear the concern. This isn’t just a normal album put together out of random, this is a planned, ‘EXPERIENCE’ that is meant to make you feel a certain way, like a book being read to that isn’t just a random collection of words put together but actually tells a story.
The vocal style is real deep and brooding which is a perfect fit for an album of this caliber because it really highlights the tension in the air, the depressing tones and subject matter, the wailing of the guitars and those drum patterns everything just comes together so well on this record and your completely hooked, unable to escape the sonic grasp that takes place on your mind, heart and soul.
This is honestly one of the best albums I’ve heard all year, it hits on all sides and the creativity, aesthetic, vibe, production, vocal performances all hit hard and precise to your soul. I absolutely loved it and I know you will too! –Corban Skipwith
Lineup:
Airton: Vocals, electronics
Deivy: Bass
Danyel: guitar
Track list:
1. Kinetosis
2. Asleep In The Night Train
3. Times
4. Manifesto
5. Clock
6. Scrying Your Soul
7. Upper Waves
8. Kafé
9. All Cats Shall Celebrate
10. Catedrais Em Chamas
Relentless Reviews with Corbz
Posted by Dave Wolff at 9:00 AM