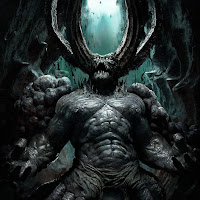 Band: DiGelsomina
Location: Columbus, Ohio
Country: USA
Genre: Doom metal
Single: Entombed By Choice
Format: Digital, promotional video
Label: Phoenix Rising
Release date: April 17, 2020
DiGelsomina's driving force, Andy DiGelsomina, came from a musical family and studied the craft after his exposure to singer/pianist Elton John, composer Jerry Goldsmith, and metal pioneers Black Sabbath. It should come as no surprise, given his history and subsequent exposure to Richard Wagner and Ludwig van Beethoven, that the guitarist would compose both symphonies and metal operas with equal passion.
If you are first hearing of him, he has been involved in at least two major projects prior to forming his current band: Lyraka and his solo project (in which he incorporates art music, aleatoric music, electronic effects, avant-garde music, and Romantic themes). It is being announced that his doom metal band DiGelsomina will release their debut album “Sic Itur Ad Astra” with the advance single “Entombed By Choice”, said to blend elements of doom metal, thrash metal, death metal, and progressive and classic rock.
DiGelsomina will be joined by vocalist Robert Lowe (ex-Candlemass, ex-Solitude Aeturnus), rhythm guitarist Andre Maquera, bassist Thom Carvey and drummer Gary Spaulding on this new endeavor. Those familiar with doom metal (including myself) know that its deliberate, low-tuned slowness derives from Sabbath. Depending on the band and the stamp they place on it, it can be a positive or a negative; it can be as fresh and innovative as when Candlemass, Trouble, and St. Vitus defined it in the 80s, or it can be repetitive and boring.
This advance single by DiGelsomina aims to transcend expectations of doom metal. With a running time of just under seven minutes, “Entombed By Choice” does not overstay its welcome, the guitar solos are doubtless inspired by Tony Iommi but not overlong, and the Sabbath influence is evident with a production as polished as it is thick and weighty. Throughout the song, each succeeding section is a natural progression from the previous one. Listeners may find the vocals unusually melodic, comparable to Geoff Tate and the late great Ronnie James Dio, and the mood changes from somber and atmospheric to the sound of old Queensryche.
"Entombed By Choice" is an advance track that hints of good things to come when the album is released. –Dave Wolff
Lineup:
Robert Lowe: Vocals
Andy DiGelsomina: Lead guitar
Andre Maquera: Rhythm guitar
Thom Carvey: Bass
Gary Spaulding: Drums
Posted by Dave Wolff at 12:24 AM