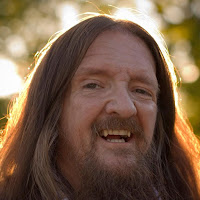 Interview with tattoo artist JONATHAN ZUCHOWSKI
How long has your Facebook community page The Fantasy Art of Jonathan “The Animal” Zuchowski been active? It lists your interests as art, tattooing, storytelling, painting. psychology. theology, chess, astrology, horror stories, horror movies and acting.
It was actually started by an admirer of my work. A young lady by the name of Litio Broie from Madrid, Spain, back in June of 2010. Litio was nice enough to put the site together for me. I have no idea how Facebook works half the time. And the other half, I'm reposting for animals, or trying to piss people off. And yep, all that stuff listed is what I'm into. Oh and I probably forgot to include: working out and playing racquetball. Hey, I'm a Virgo. I like to keep stimulated.

How often are you creating new designs to offer prospective customers?
Almost every tattoo we do (even the simple ones) we try to be creative, and take to the "next level." Any tattooist can write a person's name or a row of roman numerals. The trick is figuring out what to do to make it more interesting. And since we don't use any "flash" almost every piece is a new creation.
How do you think you’ll be remembered for your work long after your career?
Seeing as my career will end when I'm dead. I guess you mean long after I'm gone.... I'm pretty sure they will say, "he was a painter who also tattooed." Both my tattooing, and my painting skills have increased significantly over the years at "Frankie's." My boss, Dave, is ALWAYS pushing us, and forcing us to rethink what we're doing. Yes, he can be a total dick when he does that. But the end result is something much better than what we started with. As for my paintings, people are going to probably say what they tell me now. "That it takes forever to see everything that's going on in his work." And that it's loaded with details. Some have told me I'm painting "scenes from movies that haven't been made yet." Or that I'm painting what's in THEIR souls. So I guess that's what they'll probably say too. I'll hope to be remembered as that guy who painted what he wanted, and didn't give a fuck about what the public wanted to see. I'm pretty sure that in a hundred years after my death, when all that's left are the paintings. That people will come up with their own stories if they ever study my work. But then again, all my work might get destroyed after I'm gone. And there will be no records of me, and what I had done. So nothing will have mattered anyway!
Jonathan Zuchowski on Facebook