Interview with Andrew Mikhail of SERPENTS by Dave Wolff 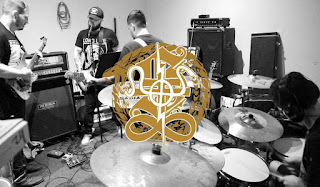 Interview with Andrew Mikhail of SERPENTS
Serpents just released their new single 'The Sunset and the Silhouette' on social media. Where has the song been uploaded and how has the response been?
TSaTS was released a bit ago and is actually the second single from the new album Temet Nosce. So far, the majority of feedback on both singles reflects that listeners have been approaching the songs with an open mind and in return, walk away with more than they hoped for. Which is all I've wanted from the start of this project years ago. This album and all other Serpents albums are meant to be looked at through the same lens that you would digest a piece of art with, and I feel like people are finally doing so; as most listeners today are starved for substance and truth in my opinion. The self-produced music video for TSaTS, also an artistic statement in itself, was the first Serpents music video ever made. It's debut and exclusive partnership with the YouTube channel “beheading the traitor”, was something we felt necessary; as we believed it would inject ourselves into the eye of the very “storm” we wish to be free from. Other than that, all of our music and media is available online for streaming at most major social and digital media outlets.

The second single has gotten a great deal of attention, as it has been announced by many independent webzines and blogs. How many did you contact about spreading the news?
I don't recall contacting any outlets during the release of TSaTS; as we worked with our friends Matt and James over at Hold Tight! PR on that particular release's campaign. It was their work in effect, that had gotten the single proper attention it deserved.
What was the first single taken from the album, and how well did it do upon its release?
The first single was "The Lust of the Lawless," and I honestly haven't bothered to see what the response has been thus far; as I have been very busy putting the final touches on the album. However, from what I have heard, people have been talking and it's been received well so far.
What was 'The Sunset and the Silhouette' written about, who penned them and how do the lyrics complement the music?
To answer this question, I would like to quote the late Stanley Kubrick:
“You're free to speculate as you wish about the philosophical and allegorical meaning of the [album]—and such speculation is one indication that it has succeeded in gripping the audience at a deep level—but I don't want to spell out a verbal road map for [Temet Nosce] that every [listener] will feel obligated to pursue or else fear [they've] missed the point.”
This explains the mystery and intricacies that lie within the album, art, and videos that accompany it.
Regarding your quote of Stanley Kubrick, is he an inspiration to you lyrically, or when it comes to your promotional videos?
I'm just a fan of his work honestly. The fact that, when it came to his art, he kept certain things close to the chest for many, many years; and I think that's how it's supposed to be! Music needs that mystique, in my eyes at least. But hey, if that's not a reason to dig Kubrick, or at least be curious on how a mind like that thinks; then I feel sorry for you!
In what movies does Stanley Kubrick’s art resonate with you and the band?
As a self-proclaimed cinephile, I’d say the mainstays: Eyes Wide Shut, 2001: A Space Odyssey, The Shining, Full Metal Jacket, A Clockwork Orange, and so on. They’re man-made great cerebral films with even greater visuals; He has influenced many metal acts with his approach... and in the greater scheme of things, we are no different.
Why did you choose to name the band Serpents? How should it be related to your music?
When it comes to the name, there are a lot of different rabbit holes that we could go down; ranging from biblical, historical, personal, allegorical, etc. The simplest answer, however, can be found if you look deeply within this quote: "Unless a serpent devour a serpent it will not become a dragon." - Erasmus
Who was Erasmus? What is his quote’s meaning and how do you intend to relate it to Serpents?
If I explained the quote, that would take most of the fun out of figuring it out. So let's just say it's a statement of sorts.
Serpents' Facebook community page mentions the biblical references connected with the band’s name. Was this something you intended in the beginning?
The biblical reference to the name is probably the most "approachable" explanation of the lot. So I went with that and ran with it. There's something for everyone to take away when thinking Serpents, but that is the most "notorious" reference.
The band formed in the early 2010s and released an EP, two singles and two full lengths. Describe each of your releases and how the band has progressed and grown since the beginning, musically and lyrically.
Without explaining too much, each album is a part of me and part of a greater storyline; and yet at the same time, can be enjoyed album by album and song by song if that is your choice. I leave a lot for the listener to discover within each release, but each also can be ingested at face value for what they are...great songs and stories. I'm very proud of the work I've done thus far, and the knowledge I've littered within each piece for those who are brave enough to discover.

Pre-order packages of Temet Nosce are available from Trvemedia.com. Is any merchandise available in this package in addition to the full length?
We have a few packages available with assorted merch exclusives, along with some that would be considered more of a "standard" package from us; but We have vinyl posters, tarot cards, work shirts, etc. and that alone is something we are excited to finally release.

What is the projected release date for Temet Nosce? If you plan to tour in support of the album, where will you be performing?
We are setting the release date as I type this, along with booking select dates to support the album release and bring in the "new" era of Serpents once and for all.
Serpents on Facebook
Serpents on Youtube
Serpents on Twitter
-Dave Wolff