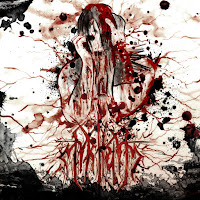 Band: MYRKVID
Location: Bourgogne-Franche-Comté
Country of origin: France
Genre: Black metal
EP: Demons Are Inside
Label: Immortal Frost Productions
Release date: June 25, 2018
Myrkvid are a French black metal band based in Bourgogne-Franche-Comté, active since 2007. “Demons are Inside” is their 2018 release through Immortal Frost Productions. “Wish you were Hell” commences this release with an old school black metal feel combined with technically hard hitting aspects and an uplifting yet melancholy approach. “Serpents Tongue” continues with the aural assault with a characteristically brutal musical approach consistent throughout this release combining a sightly depressive feel, showing another musical aspect to Myrkvid. Melancholy and melodic, “Attending my own funeral” shows another musical aspect of Myrkvid to be appreciated. A particularly raw and brutal musical approach is shown in “Death March” and is technically consistent and sound while adding to the harsh and melancholy elements. A chaotic aspect lends itself to “Demons are Inside” combining a slightly depressive feel with the unrelenting forcefulness and energy consistent throughout “Demons are Inside”. Concluding this release, “The return of Darkness and Evil” displays a more thrash orientated element with the unrelenting and brutal element of Myrkvid. Particularly strong elements throughout “Demons are Inside” are consistently strong vocals combined with technically tight music which display the dedication Mykrvid shows to honing their sound to perfection and with unrelenting force. I genuinely look forward to hearing more of Myrkvid- combining an old school black metal sound musical diversity with sheer energy and vile brutality is always refreshing and welcome. -Sarah McKellar

Track list:
1. Wish You Were Hell
2. Serpent's Tongue
3. Attending My Own Funeral
4. Deathmarch
5. Demons Are Inside
6. The Return of Darkness and Evil (Bathory cover)