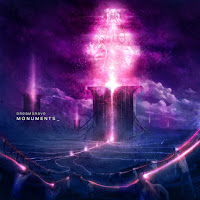 DREAMGRAVE
Monuments
Independent
Release Date: October 26, 2017
Dreamgrave is a five piece self-described “progressive, gothic, neo-classical” project from Szeged, Hungary. Monuments is their third release. The opening and namesake track “monuments” sets the tone for this release- expect the unexpected. a hectic and chaotic mash of styles ranging from a jazz influenced introduction with melodic and discordant vocals shift to a hard hitting, technical death metal influenced section sets the tone for “monuments”. The neo-classical and gothic influences of Dreamgrave are balanced well with the more aggressive technical death metal elements- ensuring that all elements and influences musically are able to be appreciated and none are overpowering. The consistently strong vocals ranging from the operatic tones, guttural growls, and perfect harmonies are a notable factor throughout this release- the consistency and diversity are essentially flawless. The musical professionalism applied continually throughout this release is made obvious by a large range of influences and styles- there is literally no room for error and that is achieved brilliantly. A highly musically diverse release which deliberates efficiently between styles ensuring the listener is kept continually engaged. -Sarah McKellar

Track list:
1. Drop The Curtain
2. Monuments
3. The Passing Faith in Others