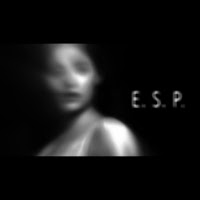 EVIL SEX PARTY
E.S.P.
Independent
The simplest way to begin this review is by stating this musical project applies to those who can appreciate something so left-field that categories aren't enough to describe how contradictory their qualities are. The project is EVIL SEX PARTY and they're an ambient group than anything else, though this isn't a project one can passively listen to as muzak. If one attempts doing that they'll dislike it and lose concentration. This one has to voluntarily, actively absorb. It doesn't sound awfully fun but the benefits are rewarding. They fuse sounds together to create one unified whole. The key is not to focus on the whole but the pieces the whole is composed of. The album is titled 'E.S.P.' and consists of seven pieces. First track 'Commencement' is the lengthiest track and admittedly it took me long to comprehend the group. For the first two minutes I was listening to this conglomeration of odd machinery samples and waiting for something to actually kick in (Spoiler alert. It doesn't.). Indeed, one has to use their imagination to a degree to put themselves into the zone. Once you get past the fact that it's "noise" and sounds the same to unaccustomed ears you can disassociate from the experience by focusing on one sphere of the sonic field. In doing so it becomes a great deal more interesting. 'Tangle of Flesh' is, on passive-listening, another uneventful short interlude. On a vigilant scale it is full of activity and you can hear the first real introduction of an instrument. In the distance you can faintly hear electric-guitars but it is advised not to focus on it for too long because you'll find you have missed other happenings. One begins to encounter the most "musical" piece. In 'Liturgy' you can hear something not too short of a melody. It is electronically-driven, arpeggiated (or square-wave if you want to be fancy) synthesizer tones. 'The Body and the Blood' features the most diverse array of sounds though I couldn't quite recall it after listening to the record. 'Transmogrification' is a pretty number whereas 'Communion' is utterly terrifying and the peak of the album. I'm 99% sure this piece is based upon the group's name as the human moaning that penetrate one's eardrums are redolent of an "evil sex party". Respite and its sacred offerings have never been more appreciated upon hearing 'Retreat to Light', a track to alleviate the tension the listener experiences. It is indeed an experience I'd recommend. Seemingly minimalistic, but maybe not quite so in reality. All the layers unfold and it becomes apparent EVIL SEX PARTY is something, to quote the group, to "listen at your own peril." -Jaime Regadas