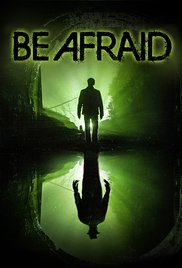 Be Afraid
Horror/Supernatural, 2017
Directed By Drew Gabreski
Written By Gerald Nott
Staring Brian Krause, Jaimi Paige, Louis Hethrum
Not long after Doctor John Chambers and his family move into their new home, John and his youngest son start seeing menacing figures in their peripheral vision. These figures seem only to exist in the shadows. Who are they? What do they want? More importantly, why are they hell bent on taking the seven year old Chambers boy?
As a child, I experienced something like this- dark figures that would stand in the hallway and scare me half to death although, I wasn’t taken from my family and nothing sinister really happened to me. I think at one point in time we all have seen something similar. To have something like this- something that haunts us from childhood really brought to life, in a way, lets us face that fear head on.
Gerald Nott brilliantly wrote the script and Gabreski breathed the nightmarish life into it. I think that the pairing of Gabreski and Nott was perfect.
Though we haven’t seen Brian Krause (Leo, the White Lighter for the Charmed Ones) in much since Charmed ended, he certainly hasn’t lost his abilities to act and was even a doctor in this movie. It is refreshing to see Krause back and on the silver screen.
I wholeheartedly recommend this movie! -Roberta J. Downing